Throughout the Bible, we read about the 12 Tribes of Israel. In this new series on Woman of Noble Character, we are going to explore each of the twelve tribes, in depth. Who they were, who their descendants were, where they resided and their biblical importance. For this first post, we are going to dive into the tribe of Reuben in the Bible. 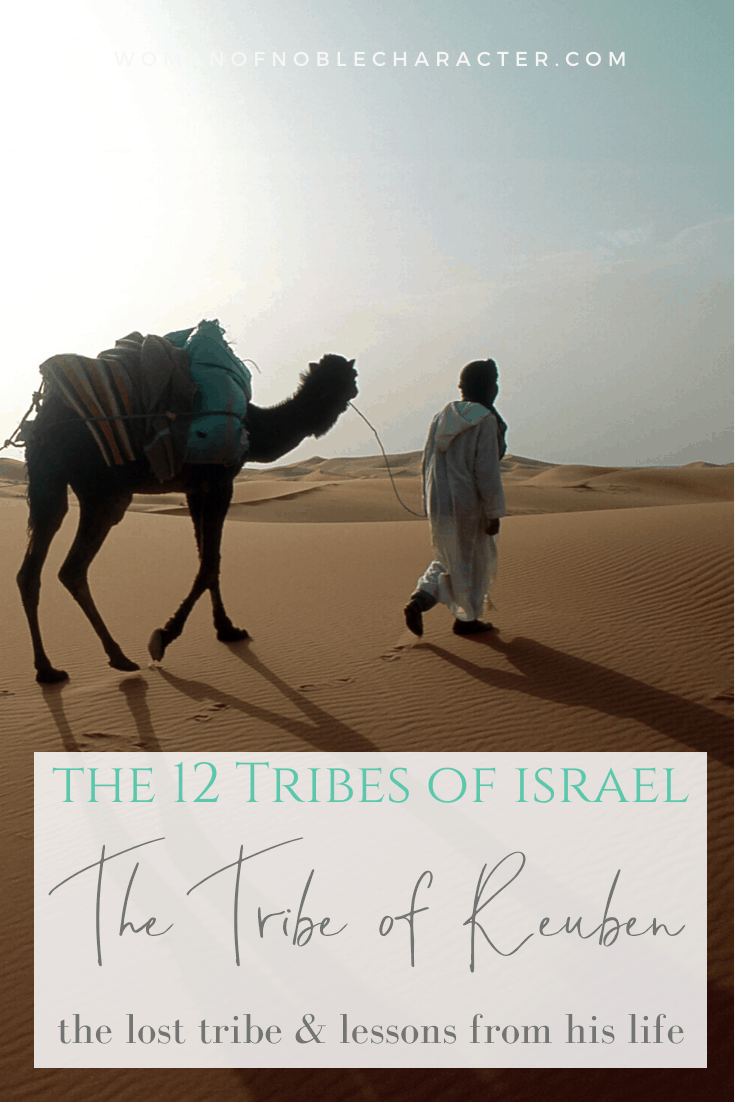 Before we do, for those that may not be familiar, the 12 tribes of Israel are named after Jacob‘s 12 sons. They are, from first to last born, Reuben, Simeon, Levi, Judah, Dan, Naphtali, Gad, Asher, Issachar, Zebulun, Joseph and Benjamin.

You can find everything that you are looking for about the tribe of Reuben in this post, but if you would like a study of all  12 Tribes of Israel,  you can purchase the ebook for your convenience. No ads, no pop ups and you’ll have it forever to refer to when praying over your home. It includes videos and additional downloads. The best part – it’s only $10 for over 200 pages!! Your choice, read it here or have it forever.

The Israelites all descended from these twelve sons of Jacob and each maintained the identity of their respective tribes.

Reuben, the first of Jacob’s offspring, was said to be as “turbulent as the waters”

“Reuben, you are my firstborn,

Turbulent as the waters, you will no longer excel,

for you went up onto your father’s bed,

His name is not etymological (relating to the origin and historical development of words and their meanings, according to the Oxford dictionary), but, instead was named Reuben because it was related to the verb raʾah, “to see” and the fact that God has seen Leah’s sorrow as well as the noun ben, “son”.

Biblical scholars believe that Reuben originally headed up the “confederation of Israelite tribes”.

Where the Tribe of Rueben Resided

The tribe made the decision not to settle in the Promised Land, but rather, asked Moses for some of the territory that they conquered east of the Jordan River. Moses agreed to this, with the condition that they help the western tribes in conquering Canaan (Numbers 32:28–32). The Tribe of Reuben did help conquer Canaan but did not battle with the other tribes during the period of judges (Judges 5:16). Perhaps, because they chose not to assist the other tribes in battle, the tribe and the tribe and the tribe is rarely mentioned in scripture beyond this.

In the early monarchy period (sometime around 3000 BC), the tribe of Reuben was widespread and had great numbers of sheep. They continued to fight desert tribes as they wandered the region (Transjordan – 1 Chronicles 5:9-10)

The biblical and scholarly evidence for their residence includes the “Stone of Bohan the son of Reuben” (Joshua 15:6; 18:17) which biblical scholars identify as a point on the boundary between Judah and Benjamin. 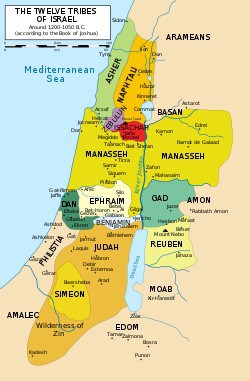 In addition, Migdal-Eder, where Reuben is said to have slept with his father’s concubine, Bilhah (Genesis 35:21–22), is located near Jerusalem. In Ezekiel 48:6–7, Reuben’s frontier territory is described as lying north of Judah; the Song of Deborah does not state explicitly that Reuben dwells on the other side of the Jordan, but the mention of the “tribes” mishpetayim (Judges 5:16) and alludes to the tribe’s agrarian habits which point to that fact.

Reuben and his tribe enjoyed a prominent position in Israelite history prior to the conquest of Canaan (as well as when Joseph was sold).

It seems that Reuben was not the upstanding guy we would hope for the first born and first Israelite tribe leader and lives up to his reputation as “turbulent waters”.

The tribe lost its standing due to the sins of Reuben.

In Genesis 49:3–4, Jacob rebukes Reuben for “mounting his (Jacob’s) couch,” by sleeping with Bilhah, Jacob’s concubine, and curses him with the words “paḥaz kamayim al totar”, which is translated (as shown in the above highlighted verse) as Turbulent as the waters, you will no longer excel.” In essence, he lost his status as first born son.

His loss of status resulted in a split of his tribe. Reuben became the tribes of Ephraim and Manasseh, and it was Joshua (from the tribe of Ephraim) who led the conquest of the land;

At one time the tribe of Reuben must have been dangerously close to going away, altogether. In fact, Deuteronomy 33 has only one short verse on it, and that, a prayer for the tribe’s survival.

“Let Reuben live and not die, 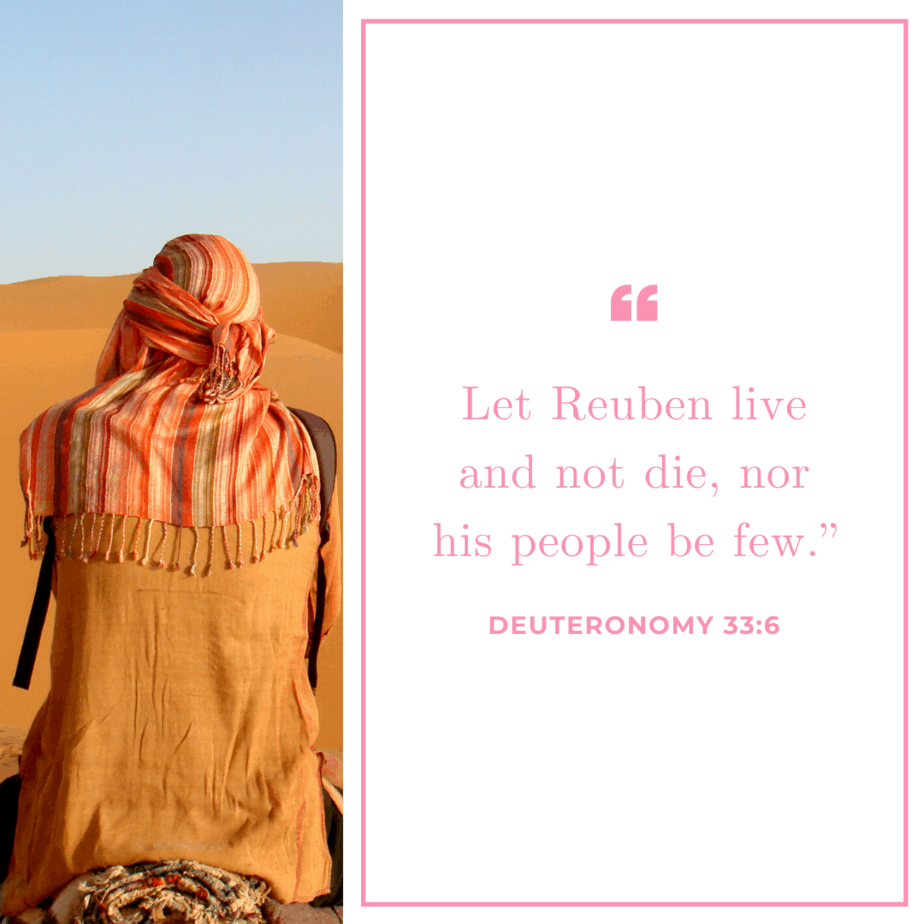 During this time, the Reubenites established close familial ties with the western tribes. Enoch, Reuben’s son has also been associated with the tribe of Midian. Reuben’s family tree point to the fact that he and his tribe had close ties with other Israelite tribes, as well. (Numbers 26:5–9; 1 Chronicles 5:1–8)

We also know that the Reubenites helped with the building of a great altar.

“When they came to Geliloth near the Jordan in the land of Canaan, the Reubenites, the Gadites and the half-tribe of Manasseh built an imposing altar there by the Jordan.” –

There are, however, no more biblical references that I can find that mention this again or elaborate on the Reubenite’s involvement in the building of the great altar.

An impulsive decision can have a lasting (or eternal impact)

Reuben, as you know, lost his birthright due to some poor decisions. We have a gift far greater than Reuben’s birthright. Christ gives us the gift of salvation. While we can’t lose our inheritance in Christ (we are coheirs with Christ!), we can hurt God and our relationship with Him when we choose to sin.

“Let us not despise our inheritance by making poor decisions to sin.

“Then they despised the pleasant land;

they did not believe his promise.” –

“What shall we say, then? Shall we go on sinning so that grace may increase? 2 By no means! We are those who have died to sin; how can we live in it any longer?” – 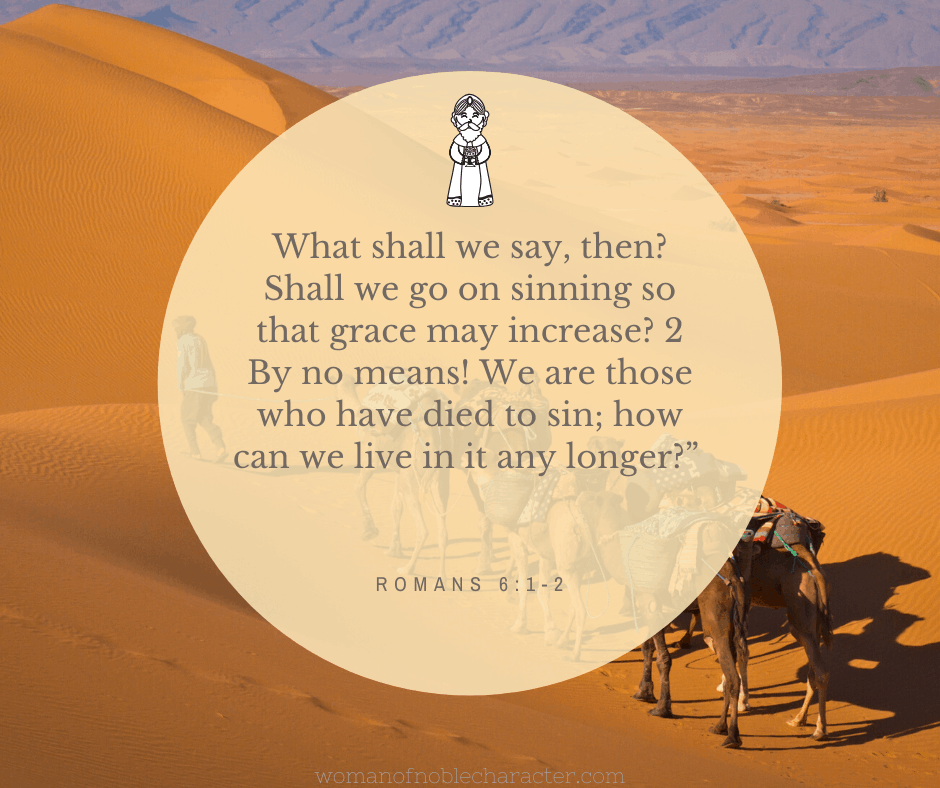 We are to honor our Heavenly Father who, by His abounding grace, adopted us into His family.

We are to honor our Heavenly Father who, by His abounding grace, adopted us into His family.Click to Tweet

Jealously Can Ruin You and Your Relationship with God

Jacob didn’t even attempt to hide the fact that he loved Rachel more than Leah (Genesis 29:30). Despite Leah having the honor to bear Jacob’s first children, Jacob continued to show his preference for Rachel. After all the children were born, family jealousies were intensified when Jacob gave preferential treatment to Rachel’s two sons, Joseph and Benjamin.

Of Reuben’s boyhood, only one incident is mentioned. Reuben “found mandrakes in the field, and brought them to his mother Leah” (Genesis 30:14). “Mandrakes are a special type of herb that the peoples of the Middle East regarded as an aid to conception. Their aroma was associated with lovemaking. (Song of Solomon 7:13)

A boy would be better off not having the knowledge of or the interest in a supposed love potion. The motivation for Reuben’s gift? Apparently it was sympathy and jealousy on behalf of his mother who had been slighted all along by his father, and then, on top of that, Leah seemed to stop bearing children. It seems Reuben wanted his mother to maintain fertility to gain increasing honor in comparison to Rachel. If this was the case, it seems he was overly concerned about the prestige of his immediate family even as a boy. We later learn how his jealousy and poor decisions led to his downfall.

Own up to your sin, but Mostly Avoid it at All Costs

Have you ever sinned and though “No one will know. It won’t matter if they don’t know”? First, God knows. Second, the sin will come back around and you will be judged, or even punished for it.

Reuben sinned. Others found out. Both he and his descendants paid the price.

While we all try not to sin, we have to be extra careful not to sacrifice our future because of the here and now. We need to constantly be aware of sin and avoid temptation. The implications of sin are often unknown, at the time and uncertain, but the costs will certainly outweigh the immediate gratification.

Additional Resources on Reuben in the Bible

For a sermon on Reuben, you may enjoy this one from Pastor OmarThibeaux on the life (and downfall) of Reuben:

For additional reading, you may enjoy these recommended resources on the Tribe of Reuben in the Bible and The Lost Tribes of Israel.

Did you learn anything new about Reuben or the tribe of Reuben in the Bible? Do you know of something interesting that I may have missed? Tell me in the comments below. I’d love to hear from you! 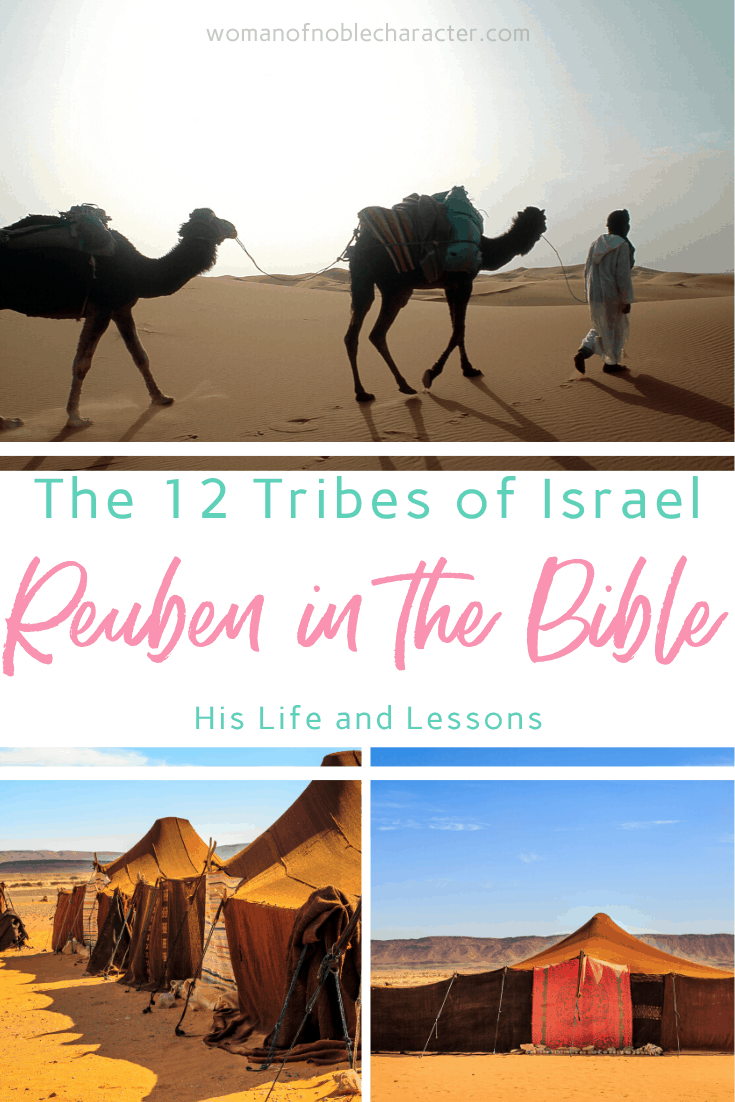 This page/post may contain affiliate links.  As an Amazon Associate, as well as an affiliate of other programs, this means if you purchase something using these links, I will receive a commission on qualifying purchases at no cost to you! For more detailed information, please visit our Affiliate Disclaimer pageSpices in the Bible are found in nearly…

This page/post may contain affiliate links.  As an Amazon Associate, as well as an affiliate of other programs, this means if you purchase something using these links, I will receive a commission on qualifying purchases at no cost to you! For more detailed information, please visit our Affiliate Disclaimer pageI love sharing great resources for Christian women…

This page/post may contain affiliate links.  As an Amazon Associate, as well as an affiliate of other programs, this means if you purchase something using these links, I will receive a commission on qualifying purchases at no cost to you! For more detailed information, please visit our Affiliate Disclaimer pageFour Key Steps to Unlocking Your Faith Guest…

This page/post may contain affiliate links.  As an Amazon Associate, as well as an affiliate of other programs, this means if you purchase something using these links, I will receive a commission on qualifying purchases at no cost to you! For more detailed information, please visit our Affiliate Disclaimer page Your Calling From God   If you…

This page/post may contain affiliate links.  As an Amazon Associate, as well as an affiliate of other programs, this means if you purchase something using these links, I will receive a commission on qualifying purchases at no cost to you! For more detailed information, please visit our Affiliate Disclaimer page Open Doors in the Bible Doors are…

This page/post may contain affiliate links.  As an Amazon Associate, as well as an affiliate of other programs, this means if you purchase something using these links, I will receive a commission on qualifying purchases at no cost to you! For more detailed information, please visit our Affiliate Disclaimer pageCome closer. Closer..I have a secret to tell…

Connect with Woman of Noble Character on Social Media
284shares